If you have any queries or wish to make a private booking or viewing,  please contact us:

Get social with us. 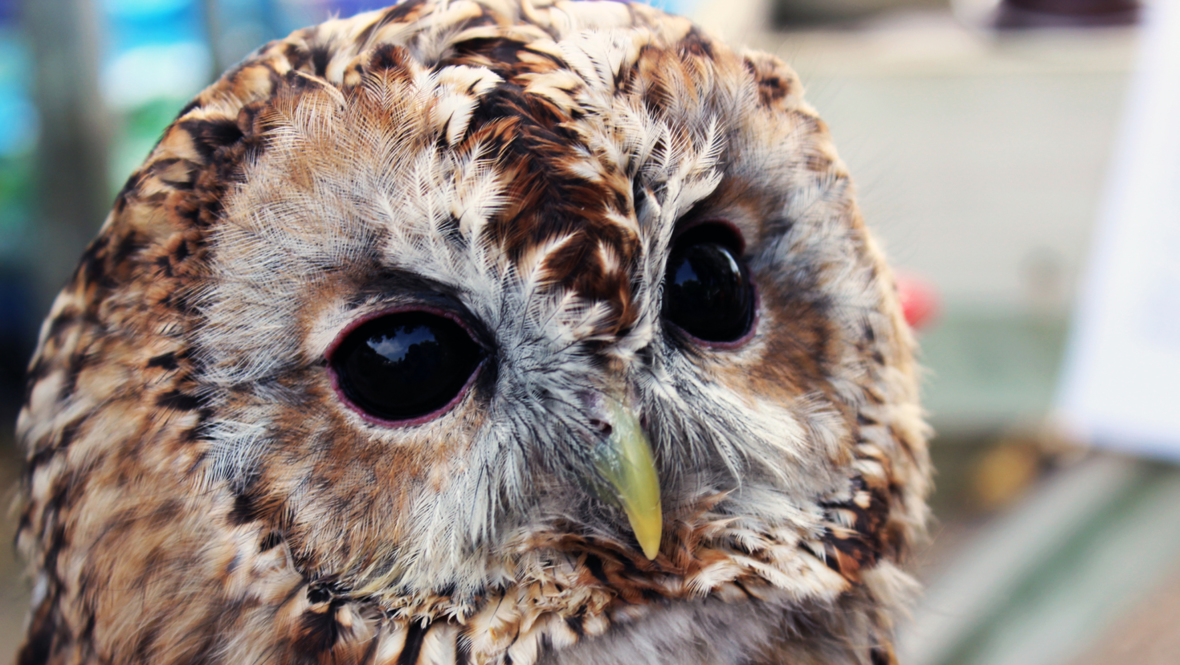 1: There are more than 150 species of owls in the world, and some counts indicate more than 220 species depending on how different owls are classified. Only 19 owl species are found in North America.

2: Owls are found in all different habitats and there are different owl species found on all continents except Antartica.

3: All owls have upright posture and forward-facing eyes that give them binocular vision, just like humans.

4: Many owl species have asymmetrical ears that are different sizes and different heights on their heads. This gives the birds superior hearing and the ability to pinpoint where prey is located, even if they can't see it.

5: Several owls species have "ear" tufts on their heads but they aren't ears at all. These tufts of feathers may indicate the bird's mood, help keep it camouflaged or be used to show aggression.

6: The flattened facial disk of an owl funnels sound to the bird's ear's and magnifies it as much as ten times to help the bird hear noises humans can't detect.

8: An owl has three eyelids: one for blinking, one for sleeping and one for keeping the eye clean and healthy.

9: A Barn Owl can eat up to 1,000 mice each year, and many farmers try to attract Barn Owls to help control rodent populations in agricultural fields.

10: Owls are carnivorous and will eat rodents, small or medium sized mammals, nocturnal insects, fish and other birds. After digesting their food, owls regurgitate hard pellets of compressed bones, fur, teeth, feathers and other materials they couldn't digest. Ornithologists study those pellets to learn more about an owl's diet.

11: Owls have zygodactyl feet with two toes pointing forward and two toes pointing backward, and all their toes have sharp talons. This gives the birds a stronger, more powerful grip so they can be more effective predators.

12: Owls have specialized feathers with fringes of varying softness the help muffle sound when they fly. Their broad wings and light bodies also make them nearly silent fliers, which helps them stalk prey more easily.

13: For most owl species, females are larger, heavier and more aggressive than males. If the birds are dimorphic, the female is often more richly colored than the male

14: Not all owls hoot, and owls can make a wide range of other sounds, such as screeches, whistles, barks, growls, rattles and hisses. During the nesting season, owl calls can often be heard up to a mile away. Female owls generally have higher voices than their mates.

15: Not all owl species are nocturnal. How often an owl is seen during the day depends on the seasonal amount of daylight and darkness, food supplies and habitat.

16: Most owls do not migrate but they can be nomadic in searching for the best food sources. Some species, such as the Snowy Owl, have regular irruptions, (longer irregular migration of large numbers of birds to areas where they aren’t typically found).

17: A group of owls is called a parliament, wisdom or study. Baby owls are called owlets.

18: Owls have been found in the fossil record up to 58 million years ago. The largest recorded owl fossil, Orinmegalonyx oteroi, stood about three feet tall.

19: Owls have long been cultural symbols and they have been found in cave paintings in France, in Egyptian hieroglyphics and even in Mayan art. Today, owl superstitions associate the birds with bad luck, death and stealing souls in many cultures.

20: The biggest modern threats to owls are habitat loss, pesticides that poison the birds and their food supplies and human persecution because of negative superstitions. Vehicle collisions, wire fences and even well-meaning birders can also be hazardous to owls.